In preparation for (R)Evolution 2015 we caught up with Cole Henley. What do you do, day-to-day? I’m technical director at Bath-based agency, Mud which I […]

In preparation for (R)Evolution 2015 we caught up with Cole Henley.

I’m technical director at Bath-based agency, Mud which I run with my partner-in-crime/co-director, Matt Powell. At a general level I oversee the development work of the company, make decisions on what technical tools we use and work closely with our development team. Day-to-day I’m usually elbows-deep in one CMS or another and attempting the impossible task of keeping up with our front-end developers.

A long and rambling route. After finishing my PhD in archaeology I worked at a government agency as a landscape archaeologist. After a couple of years growing fed up digitising Ordnance Survey maps and staring at old aerial photos, I was looking for a change and my employer were looking to appoint their first web developer.I’d taught myself PHP during my studies and got the job after blagging I could build them a bespoke bilingual CMS. The rest was history.After two years there I moved to a digital agency in Edinburgh (as a senior designer, ha!) before going freelance in 2011.
We moved from Scotland to Somerset later that year and in 2013 I went into business with Matt, starting Mud.

Despite the evolution of our industry I love how at its core the web is fundamentally the same as it was when I first learned HTML. The techniques and tools have evolved but the underlying core remains. For example, if we look at the evolution of ideas like Responsive Web Design these are just simple extensions of the core tenets of progressive enhancement and accessible web design. These core principles will long outlive the latest trends and techniques.

Thankfully, otherwise I wouldn’t have a job anymore!

Data. Whether it is more data-driven stories or more detailed discussions on data-protection, ownership and privacy.

If you could shape the future of your specialism, what are the first changes you’d make to the industry

Slow. the. fuck. down. I wrote about this recently (http://cole007.net/blog/152/the-slow-web) but as an industry we dwell too much in the moment and are far too reactive. I’d like to see more widespread adoption of apprenticeships, drawing lessons from older industries and crafts to teach skills on-the-job for those starting out at a living wage. And compulsory time away from the screen for everybody!

Apart from the afore-mentioned bilingual CMS (proud because I managed to build it), I think probably our job for the Warminster School (http://www.warminsterschool.org.uk/). It was a really tight turnaround but we spent a lot of time up-front on user research and got complete buy-in and trust from the client which I think shows in the end result. Also our recent launch of the new shop for the National Museums of Scotland (http://shop.nms.ac.uk/). Our front-end developers did a really great job and despite an uphill struggle with Shopify at times, I’m really delighted with the outcome.

So many decisions. As a Socialist I would have loved to work on the gov.uk site. I love how they have made something truly quite complex accessible, functional yet beautiful. Not a dream job but I’ve always wanted to redesign the Say no to 0870 site (http://www.saynoto0870.com/) – something that is really useful but looks like it was the illegitimate love child of Saved by The Bell and a dodgy copy of Windows 3.1. In terms of jobs that would make my heart sing, it would either be sports-related (a new website for Manchester United or the WRU) or music (something for 1 Giant Leap/Jamie Catto or Massive Attack).

Not a huge fan of sci-fi (and definitely not a B-Movie) but Blade Runner is one of my favourite films of all time. The music, acting and ambience of that film is utterly timeless.I also love the Tron films (even Tron:Legacy), and of course what self-respecting, scruffy-looking nerf-herder wouldn’t mention Star Wars (episodes IV-VI). For B-movies all the Hammer Horror films – the cheesier the better – and can’t go wrong with Tim Burton’s B-movies about B-movies (before he went a bit shit) Mars Attacks and Ed Wood.

I’m a terrible popcorn scoffer. Definitely a handful-at-a-time kinda guy. One time my wife had to move seats to the other side of the cinema as she was so fed up of my noisy scoffing antics.

Choose your battles: tales from the front lines of a digital agency: Whether you are a freelancer or an agency ‘money’ can often be seen as a dirty word. A lot of us feel uncomfortable talking about money or charging accurately for our time. If we marry this with the constant need to adapt and learn as new technologies emerge it can be difficult to keep on top of running a business. Drawing on findings from the Freelance Rates survey and two years overseeing the technical delivery at successful digital agency Mud, this talk explores juggling the oft­ competing demands of purpose, profitability and play.

You can see Cole’s talk at (R)Evolution on Friday 25th September at The Walker Theatre, Theatre Severn in Shrewsbury. 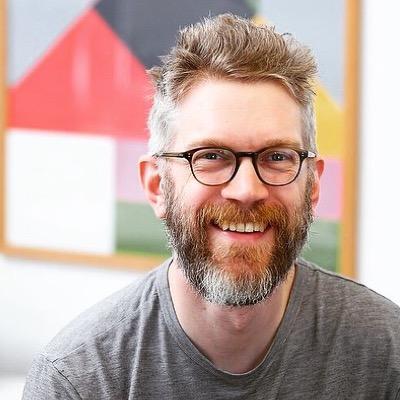