In preparation for (R)Evolution 2015 we caught up with Jake Giltsoff to ask him a few questions   What do you do, day-to-day? I’m a […]

I’m a designer at Adobe Typekit, and mostly work on the web UI and UX. I also get to work on our integrations with Adobe apps. I spend around half my time coding also, recently I worked on updating our front-end to be more modular and easier to work on as well as making it responsive. I’m lucky that it is such a varied role and I have the opportunity to work on some many different great projects. My day-to-day routine varies depending on what projects we are working on but generally I’ll try and go to the gym in the morning before starting around 10. This means there is a bit more overlap in the evening with the most of the team in San Francisco. I work remotely from my home office in Bristol or sometimes from one of the many great local coffee shops.

I studied typography at the University of Reading and whilst there taught myself how to code. Coming into web design from a type background put me in a really good position, as it isn’t the typical path. I also got into coding around the time responsive web design and CSS preprocessors were really taking off, so I didn’t have to unlearn table layouts and previous best practices. After I graduated I worked at fffunction in Bristol before joining Typekit.

Well, hopefully I can! I’d like to think that the work we do at Typekit is helping to shape the future of how people access and use fonts. In an ideal world, the first changes I would make would be in font licensing. If licenses were more simple, more inclusive, and less limiting I believe that the type industry would be revolutionised. People need an easy way to get the fonts they want without worrying about what they can’t do with them.

I am a big fan of sci-fi films, especially the classic space ones — 2001 and Moon are both favourites of mine. I really enjoyed Interstellar recently too. I also love Shane Carruth’s films Primer and Upstream Color which are mind-bogglingly brilliant.

Do you have a guilty secret ritual when it comes to watching films?

Hmm, I wouldn’t say I feel guilty about it or that it is really a secret but I am currently working my way though Jake Gyllenhaal’s back catalogue. Before that I watched most of Ryan Goslings’. No shame.

The future(s) of typography: Find out how to time­ travel & teleport with typography and why we as web designers and developers have such an important role in shaping the future of communication.

You can see Jake’s talk at (R)Evolution on Friday 25th September at The Walker Theatre, Theatre Severn in Shrewsbury. 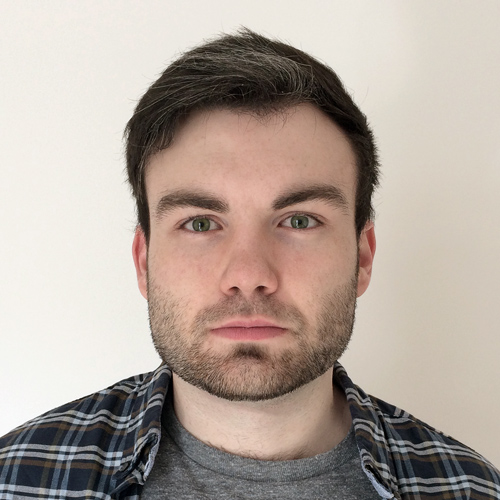