Meet Matt, he’s a “comic book collecting, sci-fi watching, B-movie viewing super geek”. So he will fit in well at ShropGeek then 😉 ~ grin! […]

Meet Matt, he’s a “comic book collecting, sci-fi watching, B-movie viewing super geek”. So he will fit in well at ShropGeek then 😉 ~ grin!

In preparation for this years (R)Evolution conference we asked him a few questions.

I have the rather grand title of Head of Digital Transformation at the Office for National Statistics but primarily I act as the Product Manager for a small team that is rebuilding the ONS website. I’ve written and spoken a lot about the challenges involved in that over the last year or so. I also have wider responsibilities or involvement at ONS with things like open data provision, digital skills and social media.

I also spend a lot of time wrangling with procurement and recruitment issues.

By accident like so many of my peers I guess. I did an English & History degree and was planning on being a teacher. That looked like a horribly stressful idea the nearer it came to reality and I read somewhere that being a Librarian was the least stressful profession. So I started to train as a Librarian at the University of the West of England in ’97 and basically got put in charge of a website or two because I showed an interest. Notepad, Netscape and FTP those were the days 🙂

Over time I moved around job to job mainly related to higher education and built up a little bit of know-how particularly around CMSs, usability, accessibility and then social media. I basically have just being doing this work so long I became semi-senior by default!

I’m going to cheat as their our two close to my heart – the first was setting up a WordPress blog network at JISC http://jiscinvolve.org/wp/ to encourage projects to share their experiences (good and bad) and to be more transparent in general. This was back in 2007 and I love the fact that GDS encourage the same thing now with GOV.UK blogs https://www.blog.gov.uk/. At the time WordPress multi-site was barely an alpha itself so the project took some doing and I’m forever grateful to the team at Netsight who got it off the ground for me.

The second was the ONS Alpha project that we did the latter part of last year. Convincing a risk averse organisation like ours to support this project was amazing. We did an enormous amount of user research, completely reimagined the entire UX based on that work and then built something in just 12 weeks with each sprint being directly influenced by additional usability testing of what we had built. Then we just made it public and let everybody have their say. It was terrifying but also incredibly satisfying.

Probably not the most exciting answer but I’d love to work for 18F or the USDS – basically the equivalent of our own Government Digital Service in the United States. Partly this is because of a long standing West Wing obsession but also because I’m intrigued by their approach to bringing ‘talent’ in to help from big Internet companies like Facebook, Google, Twitter and beyond. It sometimes feels a little bit like the Real Madrid Galácticos approach https://en.wikipedia.org/wiki/Gal%C3%A1cticos which every football fan knows never quite worked out so it would be interesting to see if it makes a difference.

God too many to count – I am a comic book collecting, sci-fi watching, B-movie viewing super geek.

I do have two framed movie posters on my wall – Veronica Mars and Serenity (Firefly) both signed by the cast. I even went to the premiere of Serenity at the Edinburgh film festival and I backed the Veronica Mars movie Kickstarter HEAVILY. So lets just say one of those.

The ‘Internet of Public Service’

According to Ofcom ‘public service broadcasting’ is defined as;

“TV programmes that are broadcast for the public benefit rather than for purely commercial purposes.”

More and more I believe there is a need to embrace and support something like a ‘public service internet’. Harnessing an antidote to the trivialisation of the web. Something to help push back against the hordes of trolls.

We need to work together to deliver on the promise of the web but in a way that does not patronise those who find comfort in the world of Facebook and PlayBuzz ‘What Superhero Am I?’ quizzes. That is the challenge.

You can see Matt’s talk at (R)Evolution on Friday 25th September at The Walker Theatre, Theatre Severn in Shrewsbury. 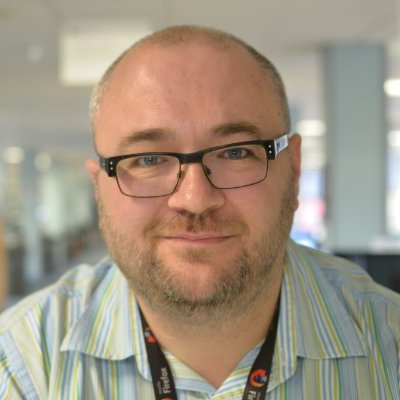