The difficult third album has long been part of music lore, but I know from experience, it’s not restricted to the music business. A raw, […]

The difficult third album has long been part of music lore, but I know from experience, it’s not restricted to the music business.

A raw, exciting debut, followed by a more mature, ambitious release is exactly how I’d describe the first two sites I designed for Shropgeek’s (R)evolution conference. The second, for 2013, was one my favourite sites I’ve designed, and it was going to be difficult to follow, and I knew it, which is probably why I turned Kirsty down for a third outing. But a few flattering emails later and I was signed up again, what designer doesn’t fall for flattery?

Accompanying 2012’s site was a fresh brand and a responsive design, it had the benefit of novelty. 2013 took it further, establishing the conference as a serious, day long event, pushing the evolving the brand and finding a distinctive visual style. (R)evolution is no longer an upstart event, it has become established, attracting large numbers of attendees and top shelf speakers, and last year it was a nominee for a .net award. So where could I go with the site for 2014?

After a few calls with Kirsty and Zach I convinced them to let me try something different.

I wanted to make the new site distinct from the ones before it. Maybe to stop myself from a tempting rehash of the year before? Maybe I was worried about people thinking I was phoning it in? I’m not sure.

Keeping the logo and not much else, the holding page used black, white, and gold, a rarely used tertiary colour from 2013’s site, to announce 2014’s conference. I dropped Futura from everywhere but the logo and set the type in FF Tisa  I liked the direction, and was excited to push forward with what I thought was a fresher look.

While the holding page drove announcement sign ups I worked on concepts for the site. Trying to build on the new visual style, I worked on a concept that felt like a natural evolution of the holding page. Using the same typographical elements, but bringing in some cooler colours to accompany the gold, even some purple. But it didn’t work. What was strong on the holding page felt weak with more content.

I can always count on Kirsty for honest feedback and that’s what I got. So honest in fact that she ended her response with “Sorry :S”. My ego was bruised, but I knew she was right. By attempting to make something different I had left behind the best parts of (R)evolution. The site was almost unrecognisable from the years before, the familiar brand was understated to say the least, and it risked alienated the loyal audience the event had built up over five years.

I went back to the drawing board and started work on a more familiar concept. Tentatively bringing back the colours and typography from the years before. It didn’t take long before the site started to look like (R)evolution again and we pushed on. But something still wasn’t quite there.

To me the design felt obvious, maybe a bit cliche in places. I worried that I hadn’t had that ‘eureka’ moment I get when a site starts to work. When the design starts to fit together and working on it is easy.

I started stripping the site back to it’s bare skeleton, ending with a minimal design that I thought still felt like (R)evolution but in a more subtle and understated way. With positive nods I progressed into the build, and at about 80% completion the email came.

I’d had a feeling that Kirsty wasn’t as happy as she had been in the past, but she’d been busy with the main Shropgeek site, and I’d put it down to that. Maybe she just wanted me to get on with it, while she dealt with the content and the myriad other things. In fact she was trying to find a way to tell me what she really thought, and one morning I woke to an email from her saying just that.

She was worried that in stripping the design back it had lost the excitement. What I’d seen as understated she’d seen as lacking impact. I’d removed what I thought was noise but in fact I’d lost the heart and soul of the site. The event is called ‘(R)evolution’, but where was that in the design? Where was the “wow factor”?.

A few emails back and forth and I understood her point, but was in crisis mode. Was I silly to have attempted the site a third time? Had I really given it my all and come up with a disappointing result? My gut reaction was to throw it all out and start again, but this late into the site build would put the deadline at risk.

Instead I swallowed my pride and worked through the issues one by one, taking Kirsty’s feedback and introducing small changes that came together to make a big impact. We changed the illustration brief we gave Stina, changed the typeface and brought in some more graphical elements that referenced the theme.

I’d only planned using illustrations for the footer and the ‘who’s it for’ section, but we asked Stina to do another header illustration, which she nailed (of course). I’d been against doing this from the beginning as it felt too much like 2013’s site, which used a bold, memorable illustration, and I didn’t want people to think we’d just rehashed the idea, but it brought in a strong visual style that had been missing.

When the site finally went live the feedback was positive and the ticket sales were encouraging. I was happy.

Thinking back now, I can see I was intimated. The event had grown so much, attracting big name speakers and large amounts of publicity. I was scared that I’d never be able to create as good as 2013’s site and didn’t want to be responsible for bankrupting Shropgeek as a result.

I’d let my own taste get in the way of producing a site that portrayed (R)evolution in a way it deserved. When Kirsty’s feedback came towards the end I catastrophised the situation, I felt like all my fears came true and I was about to be fired for the first time ever. However, I needed to hear it, and it forced me to step back think hard about the design. Together we were pragmatic and the site went live as planned.

So why this long, warts-and-all post-mortem? All too often I think we judge websites by the end result, paying no heed to the people that work on them, the goals, constraints, and the battles that happen behind the scenes. Although you rarely hear of it, I doubt there’s a creative project out there that hasn’t had it’s crisis moment during production, and we had ours. I learnt a lot of lessons working on this project (some of them the hard way), even after fourteen years designing websites, and that’s what I love about this industry.

So will I be back for 2015? Thankfully that’s not only my decision, but I’m a better designer for saying yes this year. 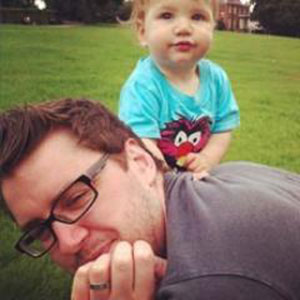 Martin is a designer based in Shrewsbury. By day he works at mySociety, he divides the rest of his time between parenting, DIY, the occasional freelance project, and playing basketball.