An introvert in a ShropGeek world

A lot of people know me these days because of my involvement with ShropGeek. Everywhere I go I talk about ShropGeek; I will talk to […]

An introvert in a ShropGeek world

A lot of people know me these days because of my involvement with ShropGeek. Everywhere I go I talk about ShropGeek; I will talk to pretty much anyone that will listen, and I often get this response in return:

“I don’t think I’m *geeky* enough to come to Shropgeek.”

I can understand why, the word *geek* often comes with a pre-conceived stereotype, and while all stereotypes usually exist for a reason, I don’t consider it to be an accurate representation of the people that attend ShropGeek events.

ShropGeek is much less about the *Geek* (although that certainly helps) than people think and much more about the community.

So what I thought I would do in this guest blog is explain some of what I have gained from my involvement to show you how its all about an open and friendly community and not *geeky*-ness.

I’d like to start by telling you a story, it’s a story of “Boy meets Girl” but not in the obvious sense.

Back in 2008, I would often travel to work each morning on the 7.45am train. I would arrive in Shrewsbury at 8.05am giving me plenty of time to go to my favourite coffee shop and enjoy a proper cup of coffee and 30 minutes of peace before heading off to the office and the hecticness of the working day.

Around that time, I also joined Twitter and started to talk to another local php developer. He was known as @leunix.

I’d been chatting with him on Twitter for a couple of months before we realised that we both frequented the same coffee shop on a regular basis.

Several weeks went by where we kept saying that if we happened to be in there at the same time on the same day, we should have coffee together. But these were the days when it was cool to have cartoons as twitter avatars and I have terrible trouble recognising people when they use photos as it is.

I thought I spotted him a couple of times but I couldn’t be certain, so instead of plucking up the courage to approach a complete stranger in a coffee shop – and run the risk of it not being him – I would order my coffee and go and sit at the other end of the coffee shop.  I justified this by telling myself that if it were him, he would recognise me. Which of course he never did.

We would then both head off to work and once at our desks log in to Twitter and do the “I went to the coffee shop this morning” conversation. “Me too, we should have met up!”

Nowadays, we can tweet from our phones and easily identify the other person, but even though this was only 6 years ago, neither of us had smart phones. The closest we had to to being able to tweet each other while in the coffee shop was the short-lived SMS to Twitter service. Remember that? Sometimes, I’m blown away by how quickly technology moves now.

Anyway, these attempted meetups happened a couple of times a week for about a month, without us ever actually meeting and despite the fact that I’m certain that we were both in the coffee shop at the same time on more than one occasion.

And then one day @leunix tweeted me to tell me about a conversation he had been having with another Shropshire tweeter, @beauvais. They had been discussing a tweet up for geeky people in Shropshire and was I interested.

And thats how I met @leunix, aka Dean (Leu) Thorne, in the end and also how Shropgeek was born!

So why am I telling you this story?

This was the first benefit I gained from ShropGeek: I met some new friends in a much more relaxed setting than my approaching a complete stranger in a coffee shop. I may have actually been approaching three complete strangers in a pub instead, but the prospect seemed much less daunting somehow.

And this is something that I like to think continues to happen every month when new people attend the ShropGeek socials.

Leu is no longer with us and thinking back to our failed attempts to meet up always makes me smile. I had always put my reluctance to approach him in the coffee shop down to shyness. And, while that was a part of it, it’s not the whole story.

An Introvert in a ShropGeek world

Over the last year or so, I’ve come to realise that my awkwardness in certain social situations is actually because I am naturally an introvert rather than an extrovert.

While I really wanted to meet Leu, something inside me also knew that my time at the coffee shop in the mornings was my quiet time, time I needed to charge my batteries before heading off to work. I couldn’t afford to lose that time if I wanted to get through the day with my sanity intact.

Now, you would be forgiven for being surprised at my admission to being introverted. It’s not something a lot of people realise. I organise and attend a lot of events that require me to be social and stand up in front of crowds. Essentially, there is rarely a week where I’m not going somewhere that requires me to be social.

That’s typical extroverted behaviour, right? Drawing energy from and feeding off of social situations. But that’s not me. I joked that after last years (R)Evolution Conference, I locked myself away in my little house for a month and rarely came out unless I had to. I wasn’t joking. I needed that time.

Don’t get me wrong, I loved every second of the conference. Never in a gazillion years did I think I would enjoy event management, but I did. I LOVED it! And thats something I discovered because of ShropGeek.

But even before I took that step, and decided to organise a full day conference, ShropGeek had been hosting smaller events with the same calibre of speakers – each year growing them bigger and bigger.

And as a direct result, I was starting to learn bit by bit how to deal with large groups of people without wanting to run away and hide. Or, if I did, how to hide it so no one could tell ~ grin!

Oh, and I learned how to speak in front of an audience. I didn’t realise it at the time, but these events were helping me to learn how to be an introvert in an extrovert world.

And as I learnt these skills, the ShropGeek community began to grow. Now, ShropGeek hosts a variety of events for the community. Some more successful than others, but all have that same friendly atmosphere and that feeling of a “safe space”.

This year, I did something that I consider to be a huge personal achievement and that was to speak at Responsive Day Out in Brighton. Now, I had done some public speaking before, I’m a regular at WordCamps and WordPress Meetups, and I host nearly all of the ShropGeek events so this should have been easy right? But no, this was the biggest conference I had ever spoken at, and the rest of the line up was, well, to be honest just plain intimidating. So to say I was nervous would be an understatement.

But I did a practice run of my talk at ShropGeeks’ Rebellion* event in May. My talk was shockingly bad, I was no where near ready but still the feedback I had was amazing and gave me lots to think about. I was only able to do that because I see ShropGeek as a “safe space”. And I’m not the only one, lots of people have had a go at public speaking for the first time at our Rebellion events.

And that is what makes ShropGeek so special and why I love it so much. It is a safe place, it is a community where it’s OK to try new things. You may not get it right first time but that’s ok. There is no judgement from the community, only support. And to me, that’s priceless.

With over a decade of hosting experience we provide low cost PHP/MYSQL hosting perfect for your WordPress or Drupal website. Accounts include unlimited email addresses & forwarders, FTP access, phpMyAdmin and all managed through our user friendly control panel. 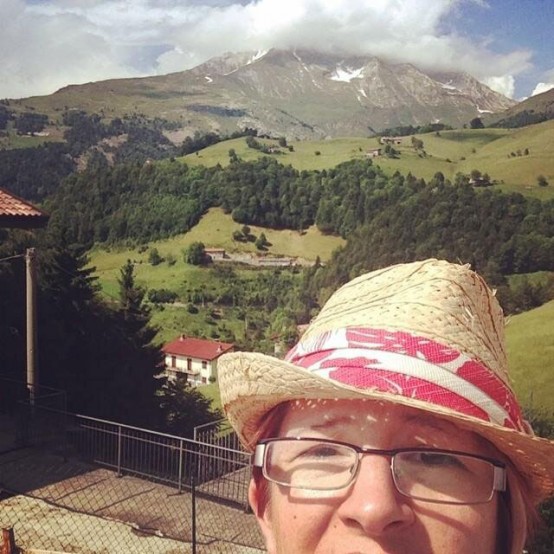 Kirsty is a web designer / developer living in Shropshire. She specialises in building bespoke WordPress websites for clients large and small and as the only 'official' employee in her company she is proud to be employee of the month EVERY month!