You may remember, a little while ago that we put out a very small questionnaire about Saturday conferences. It was an interesting exercise and helped […]

You may remember, a little while ago that we put out a very small questionnaire about Saturday conferences. It was an interesting exercise and helped us to make a big decision about (R)Evolution this year, so thank you to everyone that participated.

The results were actually really interesting and not at all what we expected. I’ve attended quite a few weekend conferences and I always really enjoy them. For me, as a small business, I can actually relax and enjoy conference without having to worry about checking my email or finding some where with decent wifi so that I can update something urgently. However, I’ve always thought that maybe I was in the minority because Saturday’s eat into family time (don’t get me wrong, I don’t prioritise conferences over family), so the results were really surprising!

We had two questions and one comments section (which I won’t share as this should remain completely anonymous as promised).

Question 1: Would you attend a web conference held on a saturday?

Interestingly 79% of people said Yes, they would attend a Saturday conference and only 12% said No. We did add a Maybe option after it was requested, and that had 9% of the votes. What was interesting here though was the comments. While most said they would attend a Saturday conference the comments were less committed with it depending when, and how long etc. Those people that said no were very emphatic!

Question 2: Are you answering this as a: Speaker, Attendee, or Sponsor?

This one was multiple choice and could select more than one option.

From looking at these results you would think that it would be an easy choice, yes we should hold (R)Evolution on a Saturday. However, that is not what we chose to do in the end (Sorry to the person who promised to love me forever if we made this happen).

The reason for this was partly influenced by the results, that 12% of people that said no were very definite in their comments, and if half of those were potential speakers we could have trouble finalising the line up. But actually, the decision was made based on a conversation with one of our sponsors from last year.

The point was made that from a sponsors point of view, they may be keen to support the event but to be able to be there in any capacity they would have to ask their staff to give up their free time to work at a conference.

This was a valid point. Asking staff to give up their own time is very different to asking someone that wants to attend to give up that time. We thought about it some more (procrastinated a bit, drank too much tea, the usual tough decision making process), and came to the conclusion that possible overtime costs as well as sponsorship fees or just not being able to send anyone along could turn out to be very real reasons why organisations would choose not to sponsor our conference.

As we want it to stay “grass roots” and affordable for everyone, that made the decision for us. Sponsorship is what allows us to keep the ticket prices reasonable. Without sponsorship there can be no conference, in the end its that simple. So, the 2014 (R)Evolution Conference will remain on a Friday, Friday 26th September to be specific!
2014.shropgeek-revolution.co.uk

And thank you to everyone who left comments about how much they enjoyed last years event. They were awesome to read! 🙂 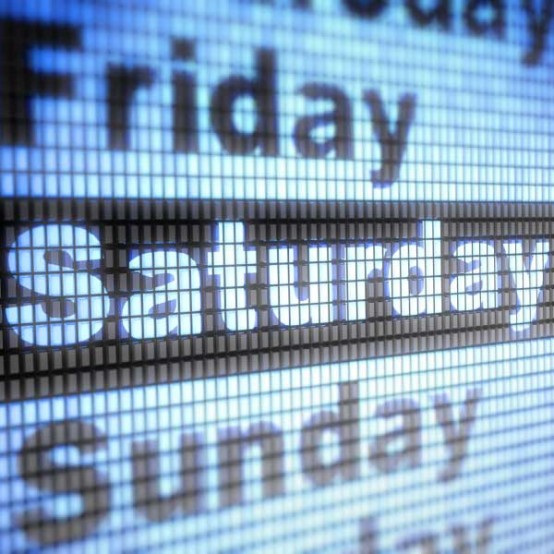